Not Forgetting the Whole Chicken 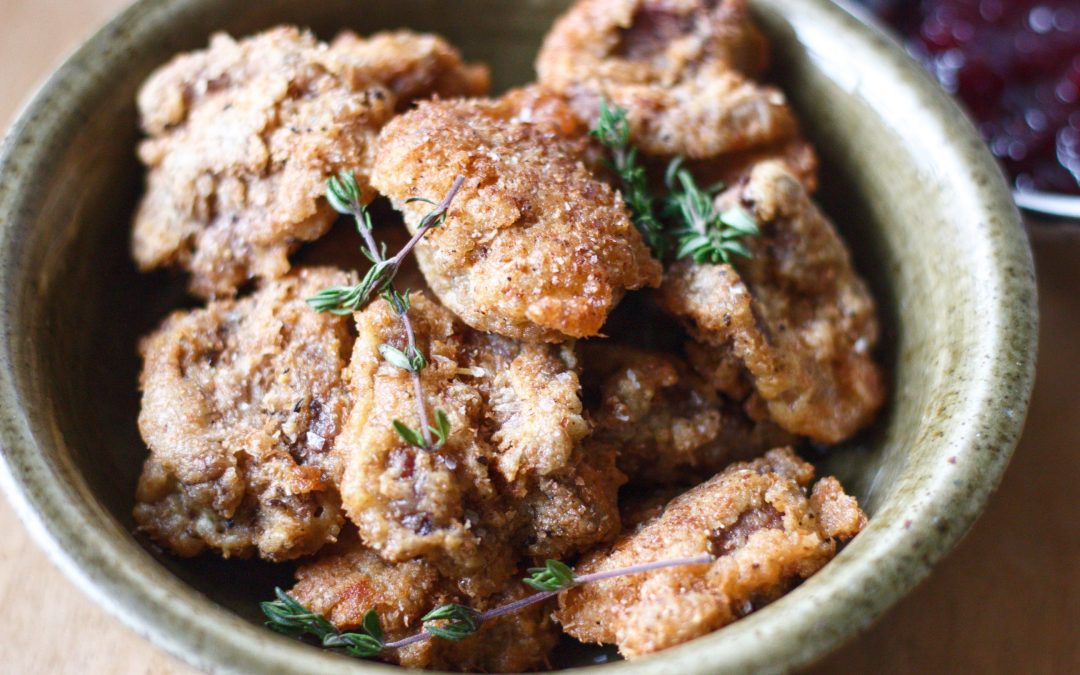 When did chicken become a commodity? The last time we checked, the biggest supermarket brands were selling whole birds at £2.83 per kilo. And what of all the trimmings? Nowhere to be seen behind the little plastic window. We hold the chicken in high esteem: if we’re going to take its life, shouldn’t we use of much of it as we can, not only as a mark of respect, but for all of the flavour within, and for the want of not adding more to the dustbin? On that note, here’s how to remember (almost) the whole chicken:

A wonderful source of iron, zinc, B12, protein and more, chicken hearts are rich and flavoursome. Stir-fry them, saute, or cook in a creamy sauce, they also make an indulgent snack when coated, fried and dipped in whatever chutney or sauce happens to be in your fridge (think cranberry, sweet chilli or caesar dressing). Trim the fat and remove the valves before slicing them open. Cover with plenty of salt and set aside for half an hour. Rinse thoroughly, dry, and dredge with flour, dip in egg and dredge with flour again. Fry on each side for 3-4 minutes in fairly hot oil (not too hot or they will burn) before laying on kitchen towel to absorb excess oil.

There’s lots of flavour and fat to be found in the neck, which is why it makes an excellent addition to bone broth. Alternatively, they can be browned and added to curries and stews for the same reason – to add depth and nutrients. There isn’t much meat on them, but they can still be nibbled and enjoyed.

After a roast dinner, be sure to strip your carcass of meat to add to sandwiches or noodle soups in the days after. To make a broth that you can drink as is, or use as a base for soups, stews and curries, put your bones in a crock pot and cover with cold water and chuck in things like roughly chopped carrots, onions, celery and leeks, plus a small handful of black peppercorns and a bay leaf or two. Bring to the boil, reduce and simmer with the lid on for a minimum of six hours or up to twelve to extract all of the important collagen and vitamins that make broth so good for you.

Fry sliced onion in oil until translucent before adding garlic, smoked paprika and thyme and cook for a minute or so. Add washed and chopped chicken livers, stirring continuously. Be careful not to overcook – you want the livers to be a little pink inside still – so a few minutes will do. Add a splash of brandy and tip to catch and deglaze the pan. Add lemon juice, zest and salt/pepper. Finish with cream and cook a minute or two more to reduce. Serve on toast with grated Parmesan.

This cut seems less popular than breast even though it’s cheaper and has lots of flavour in the bone and is even easier to cook. Marinade in chopped garlic, grated ginger, soy sauce, shaoxing wine, five spice and honey while your oven is pre-heating at gas mark 4 / 180 degrees. Add to baking tray and bake for 40 minutes until crisp and juices run clear. Sprinkle with sesame seeds and spring onion.

Visit our butchery to discuss more ideas with chicken – we will usually have of the above offal and cuts though if you can’t see them, please ask.