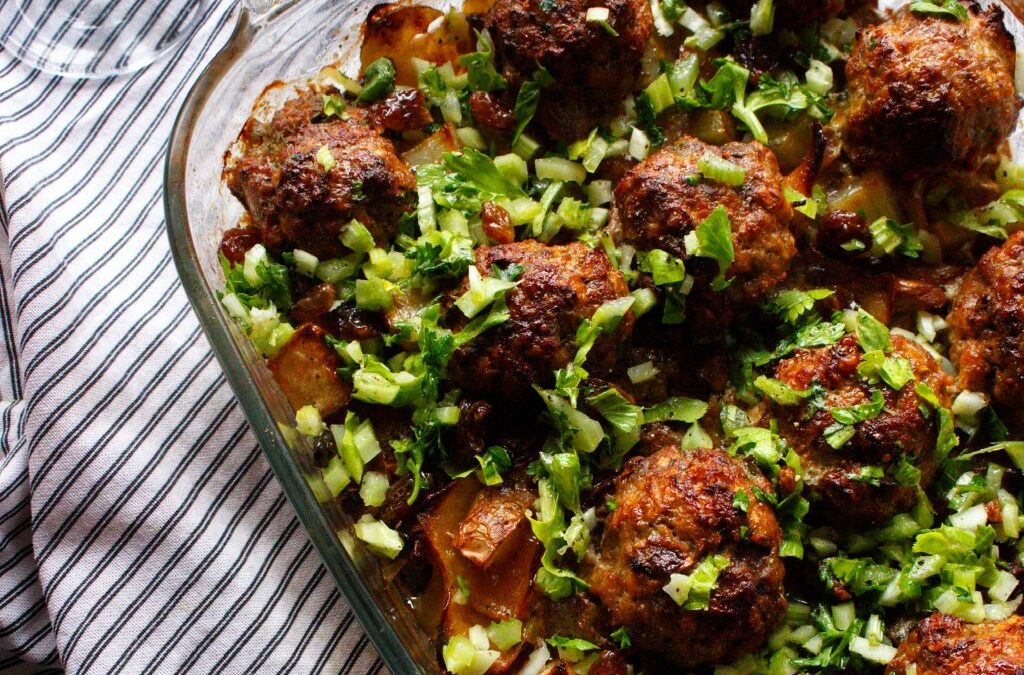 ‘Animals don’t come in bits, they come as entire beasts. That means we have to eat the whole beast or throw it out to rot. This is a problem; it’s easy for a butcher to sell the premium hind-quarter cuts (steak, roasts) and get left with a lot less popular fore-quarter parts (shin, brisket). Less-popular cuts of meat are not less-good pieces of meat, they come from the same high-quality animals, reared and slaughtered locally. But fore-quarter cuts take more trouble and care, they are tougher and need much longer to cook. However, mincing fore-quarter cuts gets rid of their toughness, yet preserves all the flavour.
It’s easy to be sniffy about mince, but mince is the saviour of the small butcher. It’s quick to cook and makes familiar meals that almost everyone likes. Also, it’s cheap so you get a good deal. Cheap is fine when it means utilising the whole animal. Cheap is not good when it represents poor feed, poor conditions, environmental degradation or animal stress. At the Goods Shed, the mince on the counter will come from exactly one animal: an outdoor-reared, grass-fed, locally-slaughtered Sussex beef cow raised by Duncan Anderson.’

A Recipe for Zaragoza Meatballs

Juan Altimiras was a Spanish friar and cook at the San Diego priory in Zaragoza who published a collection of recipes in 1745. These meatballs are based on his. Their spicing is unusual to a modern palate and they convey an intriguing amd delicate taste of the past. The gravy is rich and suave without being at all heavy.

Flatten and fry well on both sides until browned

Pour 250ml almond milk into same pan, stir briskly to deglaze and bring to the boil.

Pour the hot milk over the meatballs. You might consider mash potato or bread to mop up the juices, serve plain, or add atop a tray of roast potatoes and finish with fresh herbs for celery top for texture and colour. Juan himself like to serve them with sugar and cinnamon on top to unexpected guests.